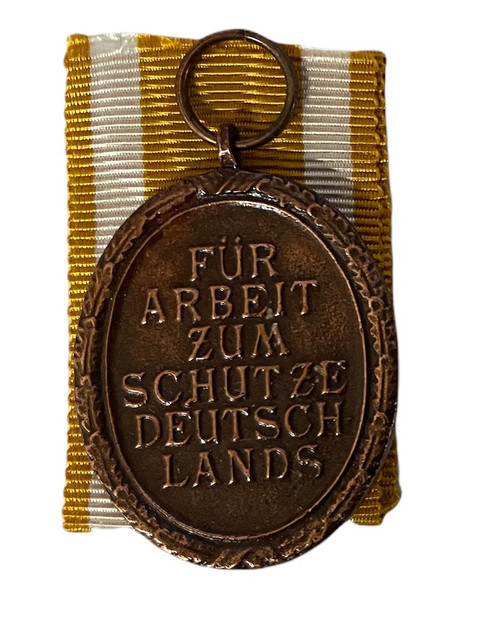 It was instituted on 2 August 1939 and was given to those who designed and built the fortifications on Germany's western borders, known as the Westwall or also known as the Siegfied Line between June 15, 1938 to March 31, 1939. On 13 November 1939 eligibility was extended to include servicemen of the Wehrmacht who served on the Westwall for at least ten weeks.